Income tax changes you need to know for 2019

It’s a new year, which means more than just a new you – it also means new tax laws.

Yup, tax season is right around the corner. As you start to collect your tax slips and prepare to file, you should also take time out of your new-year-new-you juice cleanse and “strict” fitness regimen to ensure you’re aware of how these new laws will impact your return.

To make it a bit easier for you, we’ve rounded-up the tax laws that are most likely to have the biggest impact on your return.
Introducing the Climate Action Incentive.
As part of the Government of Canada’s climate change plan, residents of Ontario, Manitoba and Saskatchewan will receive a new tax credit called the Climate Action Incentive when they file their 2018 tax return in early 2019. If you live in these provinces you’ll be charged a federal carbon tax beginning in April 2019 – it’s called a “fuel charge.” This will be added to the cost of your gas when you fill up at the pumps or added to your home heating bills. Residents of other provinces will not be paying the fuel charge so they won’t be eligible for the Climate Action Incentive. That’s because they either already have a provincial carbon tax or their provincial governments are on track to implement a carbon pollution pricing system.

So, what does this really mean when it comes to your tax return? We’ll cut right to the chase. The average family of four will receive an incentive of $609 in Saskatchewan, $339 in Manitoba, and $307 in Ontario. People who live in more rural areas will get 10% more than those in cities to account for the fact that they likely use more energy and they don’t have as many public transportation options to reduce their fuel consumption.
More flexibility for parents is here.
Parents, rejoice! The new 2018 federal budget amended the Employment Insurance (EI) parental sharing benefit, allowing parents to take up to five additional weeks of time off, starting in March 2019 after the birth or adoption of a child (a whole three months earlier than before). So, you can continue watching your toddler watch The Wiggles on repeat.

Here are a few things you’ll want to take note of about the new benefit when it comes to qualifications:

• Parents with children born or placed for adoption on or after March 17, 2019 will be eligible.
• Parents including same-sex and adoptive parents are eligible for this credit only if both new parents share the time at home with the new baby – an effort to encourage families to share the responsibility of raising children, which is helping boost gender equality in the workplace.
• Parents selecting the standard duration of parental leave could receive up to 40 weeks of parental benefits (an increase from the current 35 weeks).

Parents selecting the extended duration of parental benefits could receive up to 69 weeks of parental benefits (an increase from the current 61 weeks). As well, the Working While on Claim rules now apply to sickness and maternity benefits. Grab your calculator, because this one requires some math to understand. While on maternity leave, some women choose to return to work early, before their EI benefits end. This is allowed and doable, but requires an adjustment in how much they receive in their benefits. A claimant receives 55% of their weekly salary as their EI benefit. When they return to work early, they must subtract 50 cents of each dollar they earn, and this amount will be subtracted from their overall EI benefit.

For example: Before mat leave, Riya earned $500/week, and her EI benefit is 55% of this, so she receives $275/week while on maternity leave. She returns back to work part time, for a total of $300/week salary. She needs to subtract 50 cents of each dollar earned ($150) from her EI benefit. Now her EI benefit is $125/week, plus she keeps her weekly salary, so her total earnings will be $425. Told ya this was a doozy!
More medical expenses can be claimed.
Canadians suffering from a severe mental impairment will be able to claim the costs of caring for a service animal to help cope with tasks like guiding a disoriented patient, searching the home of a patient with severe anxiety before they enter, and aiding a patient experiencing night terrors. However, animals that provide comfort or emotional support but have not been specially trained to perform the tasks above will not be eligible. For animals that do qualify, expenses that can be claimed range from the cost of the service animal itself to food and veterinary care, travel expenses, and more.
“Foreign-Born Status Indians” are now eligible for the Canada Child Benefits.
When the Canada Child Benefit (CCB) was introduced in 2016, eligibility was extended to “foreign-born status Indians”, who are individuals that reside in Canada and are Indians under the Indian Act but are neither Canadian citizens nor permanent residents under the Immigration and Refugee Protection Act. Under the rules for the existing CCB, these individuals were not eligible. As the result of the 2018 budget, these same taxpayers will be allowed to retroactively apply for CCB for the 2005 taxation year through to June 30, 2016.
Accelerated capital cost allowance (CCA) rates.
Business owners, this change is for you. The federal Fall Economic Statement included a temporary change to the half-year rule for claiming CCA. If you’re not familiar with CCA, here’s what you need to know: the Canada Revenue Agency (CRA) understands that office equipment such as furniture, computers, machinery– you get the idea – wears out or becomes obsolete over time (like our old friend the fax machine), so they allow business owners to deduct the cost of these items over a period of several years.

The change with CCA takes effect for purchases of equipment made on or after November 21, 2018 and before 2024 and will affect the amount that may be claimed on the 2018 tax return. The new measure, referred to as the “Accelerated Investment Incentive,” allows for 150% of the normal CCA rate to be claimed (the amount of CCA that could be claimed in the year of purchase was previously 50%) – meaning the amount that can be claimed has tripled. Yes, this one totally deserves a fist-pump. 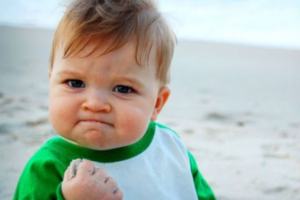 The small business corporate tax rate is reduced.
Speaking of business owners fist-pumping, here’s some more good news: the small business corporate tax rate was reduced from 10.5% to 10% effective for 2018 and will be further reduced to 9% for 2019.
Veterans retirement income security benefits now qualify for pension splitting.
Retirement income security benefits received by veterans are now eligible for pension income splitting, which is retroactive to 2015. The amount that can be split is subject to a cap of $103,056 for 2018.
The home relocation loan has been eliminated.
Under changes proposed by Budget 2017, the home relocation loan deduction will be eliminated as of 2018.

To get fully up to speed on all tax law changes for this year, visit the Canada Revenue Agency website. For more information about how these laws may impact your tax refund, find an office near you, or get an expert review with our tax software.