If the CRA is calling then there’s a huge chance it’s a scam. We’ve all heard of or been victimized by the Canadian Revenue Agency (CRA) scams this year – a call from someone claiming to be from the government demanding money for unpaid taxes or they’ll issue a warrant for your arrest. While sometimes it may be obvious these calls are fake, other times it’s hard to tell if you’re being contacted by the real CRA for legitimate tax reasons.

Luckily for you, H&R Block is here to guide you on how to proceed should you get such a call and what to expect if the call is legitimate.

Who still talks on the phone? 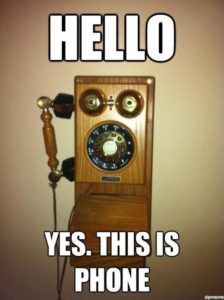 The CRA typically only calls after you’ve received written communications. If they do call you, the most common reasons include:

• You really do owe money.
• You have not filed a return.
• You’re being audited.
• The CRA has questions about the tax and benefit records or documents you sent.

When the taxman comes ‘a knocking, verify its actually them.

If you do receive a call, make sure the caller is a CRA employee. Tell them that you want to first verify their identity before moving forward and ask for their name, phone number and office location. You can also hang up and call one of the following numbers to verify legitimacy of the caller:

Once you have verified the call was legitimate, you can start having conversations around what’s happening and why you’re being called.

During such phone calls, the CRA officer must validate your identity – as much as you may be suspicious of who they are, they also need to confirm who you are. They’ll ask for certain personal information like your full name, date of birth or your address – information people can likely easily find of you through your online interactions such as on Facebook. What they won’t ask for is information about your passport, health card or driver’s license. If you get these questions you’ll know it’s a scam.

Read (or listen) between the lines.

When on the phone, the CRA will not use aggressive language or threaten you with an immediate arrest or prison sentence. In addition, the CRA officer will never demand immediate payment by e-transfer, digital currency like bitcoin, prepaid credit cards or gift cards such as iTunes or Amazon.

Instead, if you do have outstanding tax debt, the CRA may request payment through any of their payment options, ask for financial information such as the name of your bank and its location, and may take legal action to recover the money you owe if you refuse to pay your debt. Remember, they’re trying to sort out your tax situation, not send you to jail. 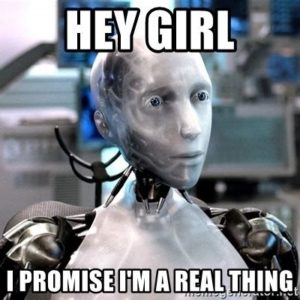 If it sounds suspicious, it probably is. If you receive a call or voicemail threatening legal consequences, urging you to call a number other than the official CRA numbers or if the voice on the other end is robotic, you are more than likely being targeted in a scam. When the CRA calls it will be a real person on the other end who you can talk to, not a robot.

In an attempt to seem more legitimate, scammers are also able to spoof their caller ID to make it look like they are calling form the CRA. This is when you need to stay vigilant, and when in doubt ask yourself:

• Is there a reason that the CRA may be calling?
• Are you confident that the person is not a scammer?
• Is the requester asking for information you wouldn’t include in your tax return?
• Are you being asked to make payments in unconventional methods such as gift cards?

If you receive a call, email or letter that you think may be suspicious or if you need help sorting out next steps for a legitimate concern you can always talk to an H&R Block Tax Expert. Chances are you won’t have to travel far, simply walk into an office near you or book an appointment online.